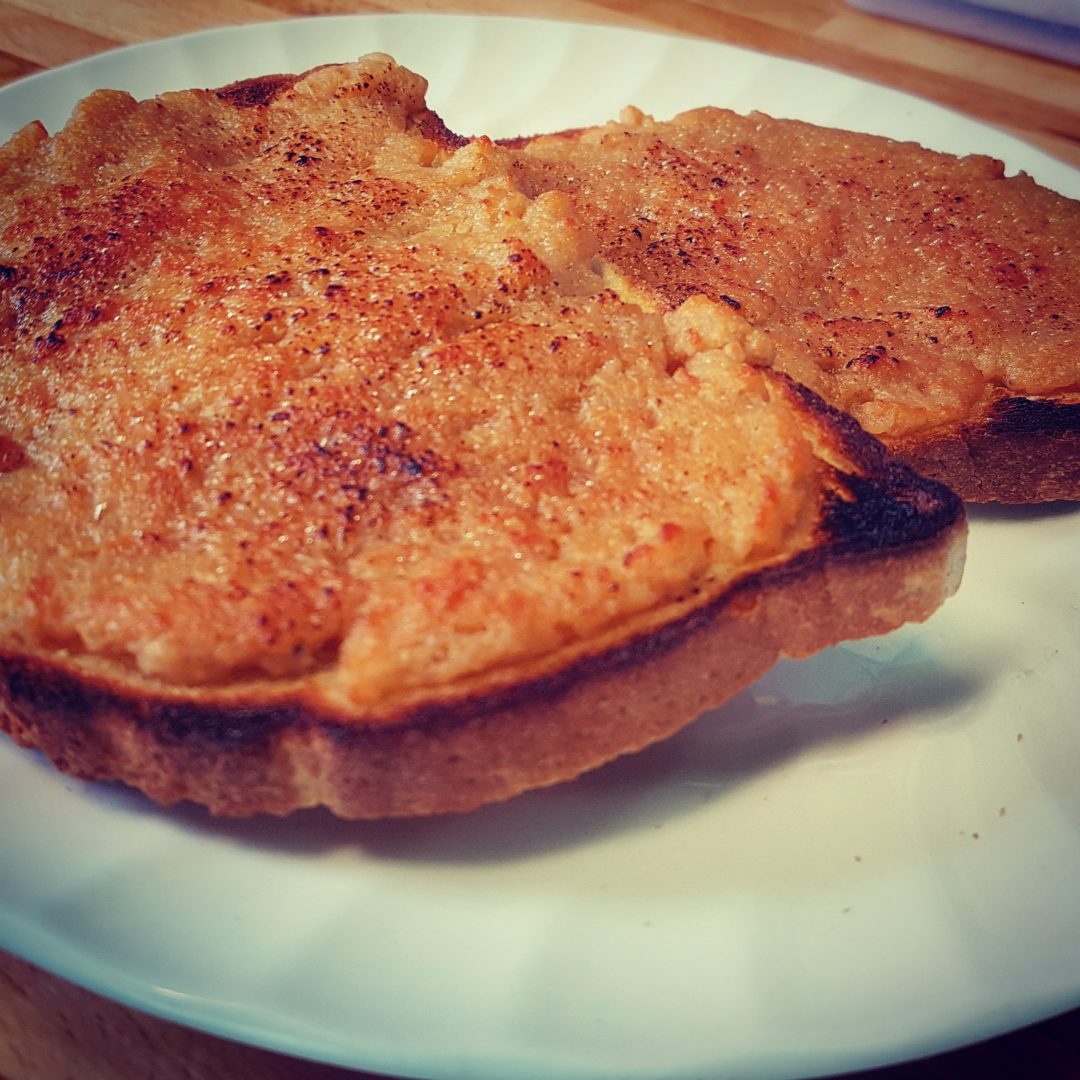 Welsh Rarebit, however, is basically cheese on toast taken a level up. As well as cheese, it has Worcestershire sauce, butter and beer. Yes, beer. Surely that takes it a level up just on it’s own?

Despite it’s name, with Rarebit being a take on the word “Rabbit”, like Bombay Duck has never seen a duck, Welsh Rarebit has never been anywhere near a Rabbit, so vegetarians rejoice! This recipe is great for you too. I’m not entirely sure of the origins of the name, but one theory can be found here.

With the addition of the butter and beer it gives you a lovely richer flavour than your standard cheese on toast, it’s filling and you won’t need more than a couple of slices. You can vary up the flavour as well depending on the beer you use, if you use a lighter beer, then the cheese will be more noticeable, but if you use a darker beer, like Guinness, then you’ll get a deeper, more savoury flavour. Like any recipe, you can give this your own personal touch.

Add the butter and flour to a saucepan over a low heat to make a roux and cook for a couple of minutes to cook out the taste of the flour.

Add in the mustard powder, salt and pepper and mix that in, then gradually pour in the beer and add the worcestershire sauce to make a thick but smooth sauce.

Add in the cheese and stir until completely melted and you should have a thick paste, but one that moves easily around the pan and doesn't stick. If it does stick, then you may need to add a little more butter. Leave to cool while you toast the bread.

Toast the bread on one side - thick, freshly cut bread is always best - under the grill for a couple of minutes until golden brown. Then flip the bread over onto the toasted side, and spread the rarebit mixture over as thick as you like.

Pop back under the grill to toast the cheesey side for a couple of minutes until it becomes bubbly and brown.