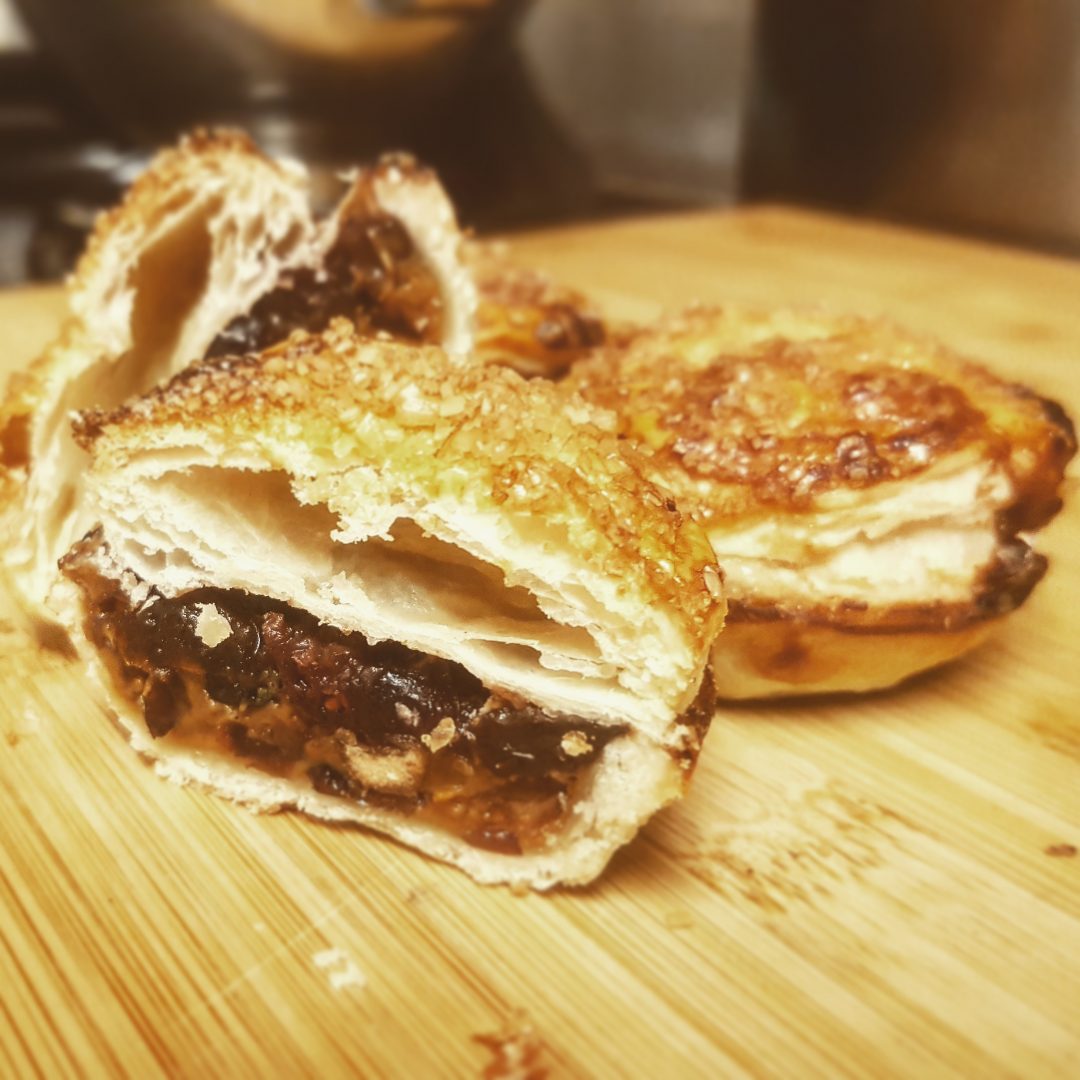 Mince Pies are a British Christmas classic, they’re a small, flaky pie filled with dried fruits and spices, which initally arrived on these shores in the 13th century when crusaders returned with recipes for pies containing meats, dried fruits and spices. Initially made with minced meat – hence the name “Mince Pie” – the recipe has changed over the years to be simply a sweet pie filled with mincemeat which now contains no meat whatsoever, and the closest you may come to it is if the recipe includes beef suet.

As Mince Pies are such a popular Christmas dish and have been for many, many years, there are hundreds, if not indeed thousands, of recipes out there. But, in the tradition of evolving the recipe, this is my twist on this Christmas Classic by adding that ingredient that now gets added into virtually everything – salted caramel! This adds an extra layer of sweetness to the Mince Pies, but with that savoury hit of salt which enhances the whole thing. If you’re tired of bog-standard Mince Pies and want to try something new, give these a go!

Note: If you’re worried about things like the pastry, caramel and mincemeat in this recipe – don’t! Using the shop bought variety is perfectly fine, especially when it comes to ingredients like these because not everyone has the time to make their own.

Firstly, pour the caramel to a bowl and add two to three tablespoons (this is down to personal taste) of the flaked sea salt and stir in thoroughly. Set the caramel to one side. Do note that this will be more caramel than you will need, so you can save whatever is left by popping it in the fridge for another day.

Lightly flour a work surface, and roll out the shortcrust pastry to about a 1.5 - 2cm thickness and, using a 10cm rounded cutter, cut out 12 bases and place these into a 12-hole, non-stick baking pan, making sure the the pastry is neat and tidy.

Now add a teaspoon of the salted caramel into the bottom of each of the bases.

Add around a tablespoon of the mincemeat and place into the bases on top of the salted caramel.

Now roll out the puff pasty so that it again around 1.5 - 2cm thickness and, using an 8cm rounded cutter this time, cut out 12 tops for the pies.

Beat the egg thoroughly and brush very lightly around the edges of bases.

Place the tops of the pies onto the filled bases and pat the edges down making sure that the pies are well sealed.

Make a small hole into the tops of the pies using the tip of a knife.

Place into the oven and bake for 15 minutes until golden brown. Leave to cool slightly and then enjoy on their own or with cream.