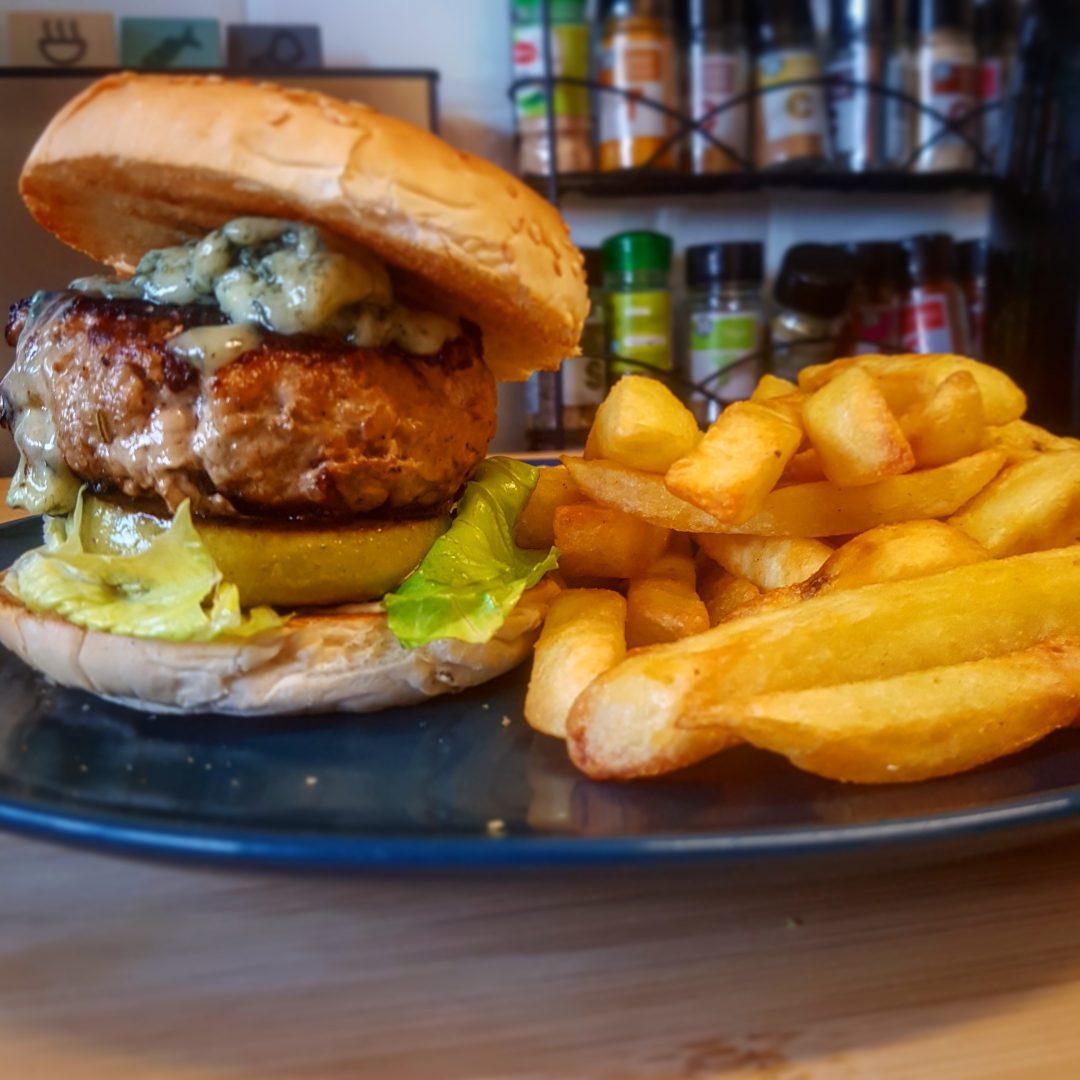 I’ve tried plenty of burgers in my thirty*cough*something*cough* years on this planet, but I find that if you go into a restaurant you’ll see plenty of beef burgers, chicken burgers, and lamb burgers… but it dawned on me when taking a pack of Pork mince out of the freezer that you don’t see pork burgers as often, so I thought I’d go some way to filling that gap with this recipe.

A natural pairing for pork is the humble apple – you’ll find it with virtually ever Roast Pork recipe out there, and you’ll find pork dishes made with cider and any other sort of apple variant you can imagine. I’ve seen recipes which include apple in the actual burger mix itself, but I wanted to actually include the apple as one of the layers to give the burger a nice crunchy bite.

I finished it off with a good helping of stilton melted on top of the burger since stilton goes wonderfully with both pork and apple. The end result was a lovely burger which made a nice change from the norm!

Add the pork mince to a bowl and add the mustard powder, rosemary, salt and pepper. Mix together well for about a minute until all the ingredients are combined and to firm up the mince enough so that the burger doesn't fall apart.

Add a little oil to a frying pan over a medium heat. Shape the mince into a burger patty and place into the oil and cook for approximately 10 - 12 minutes, turning occasionally, or until the burger is cooked through. You want the burger to have an internal temperate of 75°C (160°F) or if you poke the burger then the juices should run out clear.

Once the burger is cooked, remove from the pan and place to one side to rest for a couple of minutes.

Remove the core of the apple and then cut a thick slice out of the apple - horizontally, not vertically - around 1 - 1½cm thick.

Add the knob of butter to the pan with some oil to stop the butter burning, once the butter has melted add the slice of apple to the pan and fry on both sides for about a minute each so that the apple browns in the butter.

Construct your burger by including the apple as a layer at the bottom with some lettuce and mayo. Serve with a side of chips, and enjoy!