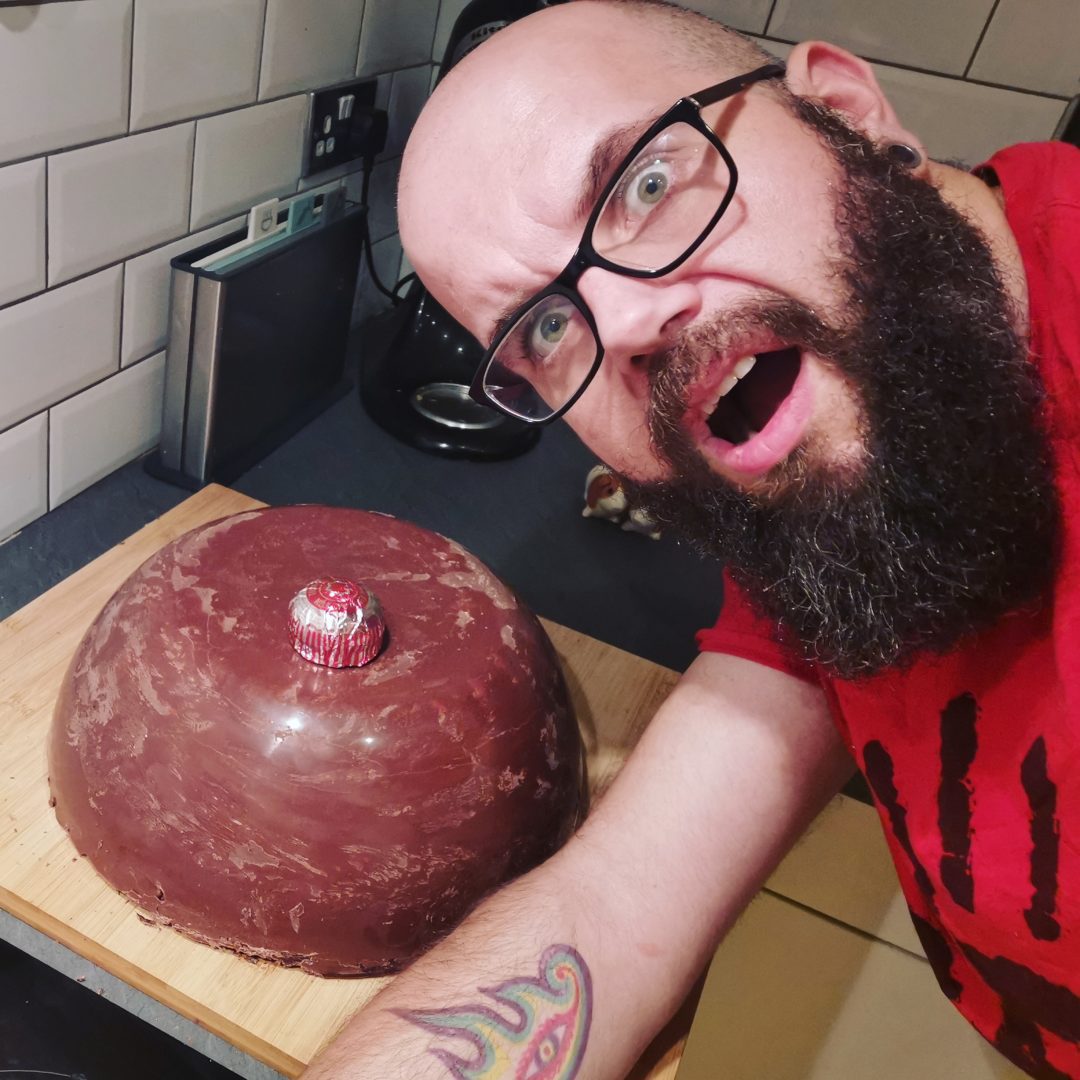 In May last year (2019) I took the leap and turned this page from being just a little blog, to also being a little YouTube channel. It was a huge deal for me as I’ve struggled with anxiety and speaking publicly for as long as I can remember – so to put myself out there and film myself for a YouTube channel is something I thought I’d NEVER do.

So, I wanted to mark it with something completely ridiculous and ambitious… and what way to do that than trying to make a GIANT TUNNOCK’S TEACAKE. If you’ve never had a Tunnock’s Teacake before it’s a marshmallow filling with a biscuity base wrapped in a chocolate shell and they are AMAZING. So I wanted to try and recreate a giant one… the only problem was I’d never really tempered chocolate before and I’d never made marshmallow before either.

What could possibly go wrong…? Check out the 50th episode of Big Friendly Grub to find out if anything does…