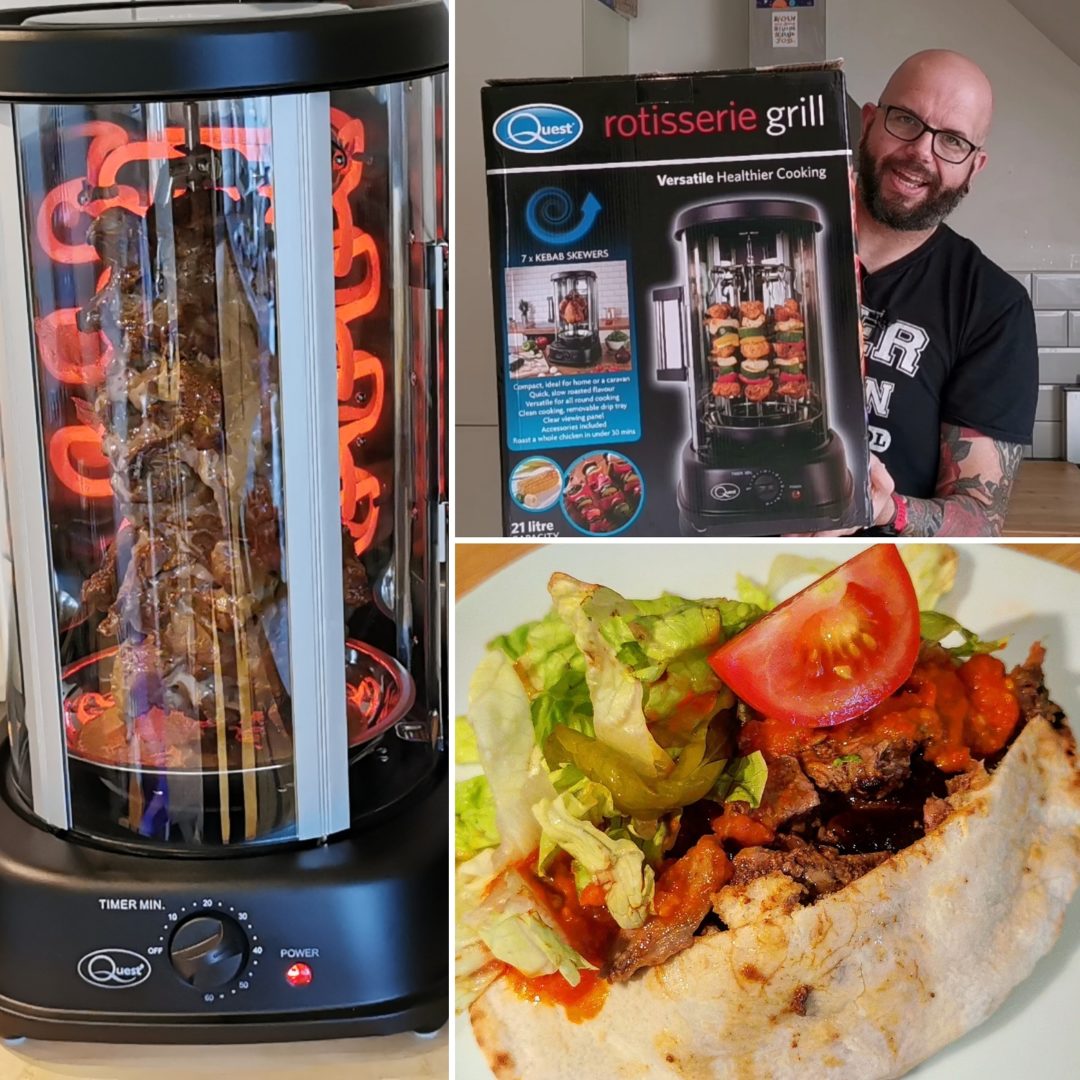 Back in my boozey, pub-going days a Doner Kebab was the way to end a heavy night of drinking. Those days are well behind me now, but a Doner Kebab still remains a guilty pleasure – but it shouldn’t be because the Doner Kebab is actually a wonderful meal when it’s done well. It just has a reputation as a dirty, unhealthy meal due to it’s association with the drunken pub-goers meal of choice after a night out on the sauce here in the UK.

Thankfully, I managed to get my hands on a Quest Rotisserie Grill which allowed me to create my very own homemade Doner Kebab using only fresh lamb leg steaks and my own seasoning, as well as creating my very own kebab shop chilli sauce, so I can enjoy a wonderful Doner Kebab without the overwhelming guilt and shame… and awful hangover the next day. Check out the video to see how I get on!

Place them in a large bowl and add in the olive oil, paprika, cumin, cayenne pepper and cinnamon powder and rub well into your lamb, coating it in the spices

Leave to marinade for at least 6 hours

Trim off the tops of the chillies and place into the pan with the onions and cook for 5 minutes, stirring occasionally

Add in the tomatoes and water and stir into the chillies

Add in the cider vinegar, sugar and salt, stir well and allow to cook for a further 5 minutes

Using a hand blender, blitz the chillies until you get a smooth sauce

When the kebab is cooked, trim the outer kebab off the skewer with a sharp knife (if you wish, you can then set off the grill again to cook the inner kebab)