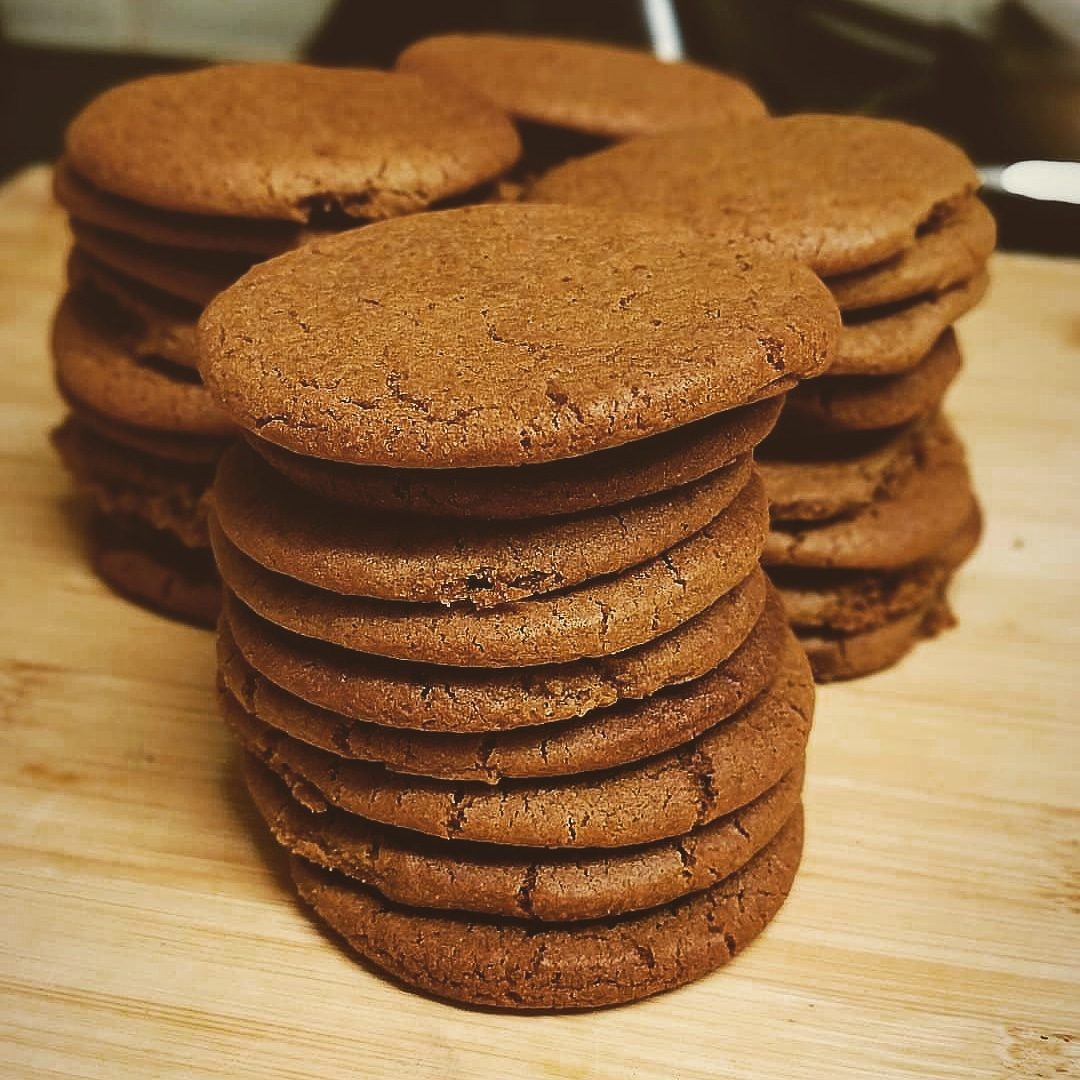 In my opinion, Ginger Nuts are the unsung heroes of the biscuit world. They taste great, they’re brilliant on their own and they are THE best biscuits for dunking in tea, bar none, and I don’t care if “science” says otherwise.

This recipe is doesn’t recreate the Ginger Nut exactly, but it does give you that ginger nut flavour with a bit of a lovely chew. This recipe is dead simple, you’ll only need a handful of ingredients and you could have a fresh batch of ginger biscuits in no time at all! With plenty of ground ginger and a little cinammon, it’s not lacking in that wonderful, ginger heat and flavour. Plus, like their brand name counterparts, they’re great by themselves or dunked in a nice cup of tea!

Add the softened butter,sugar, golden syrup and treacle together in a large bowl and beat together until lighter in both colour and texture.

Add the flour, ginger, cinammon and baking powder and bring it together as much as you can - it will be quite dry to start with.

Add in the milk to the mixture and bring it together into a dough - you might want to remove it from the bowl and finish it off on a lightly floured surface with your hands, making sure everything is combined well.

Cut into two halves and roll each half out between two sheets of baking paper - pop onto baking trays and leave to chill in the fridge for at least an hour.

Remove from the fridge and using 2 - 3” cookie cutter, cut out the biscuit dough and place them back onto the baking-paper lined baking sheets, making sure there’s enough space between them for them to expand.

Place in the oven and bake for 10 minutes.

Remove from the oven and leave to cool completely on the baking sheets before removing from the trays using a palette knife or spatula and storing in an airtight container.