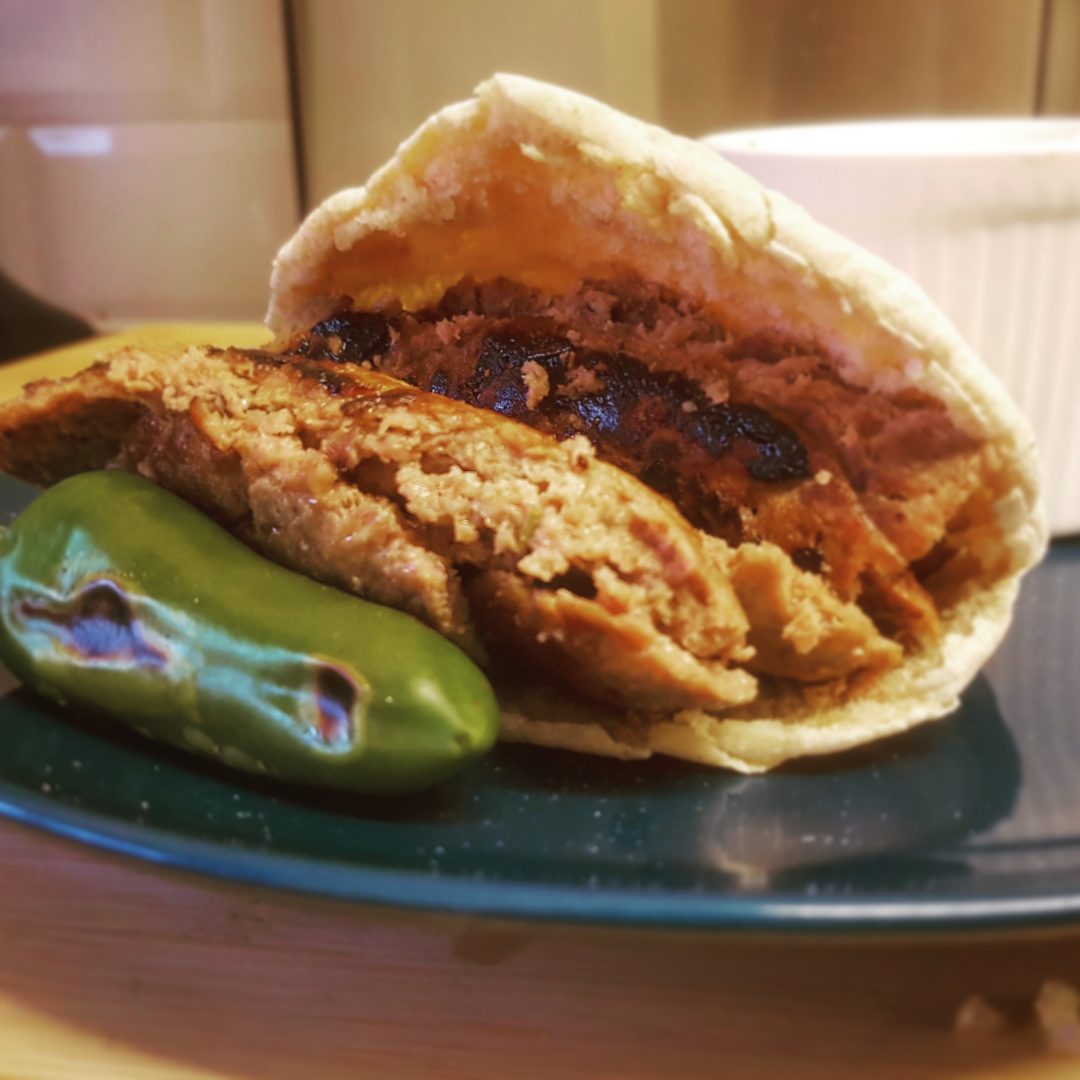 We’ve all been there. You’ve gone for a night out, the “quick one” after work has turned into a big drinking session, and you’ve got that craving for a dirty kebab, which then you wake up with stuck to your face then next morning after you pass out in it.

Anyway, despite the Doner Kebab’s stereotype as something you grab after a boozey night out, it is actually a really nice dish that is full of great flavours. But what if you have that hankering for a Kebab but don’t want to be that guy who wanders into the kebab shop at 6pm sober as a judge?

Well, it’s possible to recreate a Doner Kebab at home and you don’t need a vertical rotisserie to be able to do it. Let me explain how quickly.

In order to be able to form and cook your lamb mince into the shape of a Doner, you just need to wrap it tightly in foil and then cook it in the oven in an ovenproof dish with some water:

Once the Doner meat has cooked in the oven, you can then fry it in a pan to get that lovely colour and sear on the meat which you can then carve into strips:

This was a complete experiment on my part, but I was honestly over the moon with how this turned out. The meat was flavoursome and juicy and I even made a garlic sauce which only helped enhanced the dish. I really do suggest giving this a try if you fancy a kebab but want to guarantee that it’s fresh and you know exactly what’s in it.

Place the lamb mince into large bowl, add the spices to the mince and mix it all together well with your hands. Usually you don't want to overwork mince, but as we want the lamb to form into a defined shape you'll want to work the mince for a few minutes this time around.

Remove the foil-wrapped mince from the oven and leave to rest in the foil for five to ten minutes.

Add the olive oil to a frying pan over a medium-high heat, and then unwrap the cooked mince and fry the lamb mince in the pan on all sides, turning it constantly until it takes on a lovely colour.

To carve the meat, place a fork into one end and then slice off slivers of meat from all around the outside. Then place it back in the frying pan with a little more oil until the outside is cooked again. Repeat until all the meat is carved off.

To make a garlic sauce to go with your kebab, peel and crush the cloves of garlic, then combine with the mayo, yoghurt, salt and vinegar.

Serve your kebab in a hot pitta with the garlic sauce, adding whatever extras you fancy - lettuce, onions, chillies, or just by itself - and enjoy with an ice cold beer!