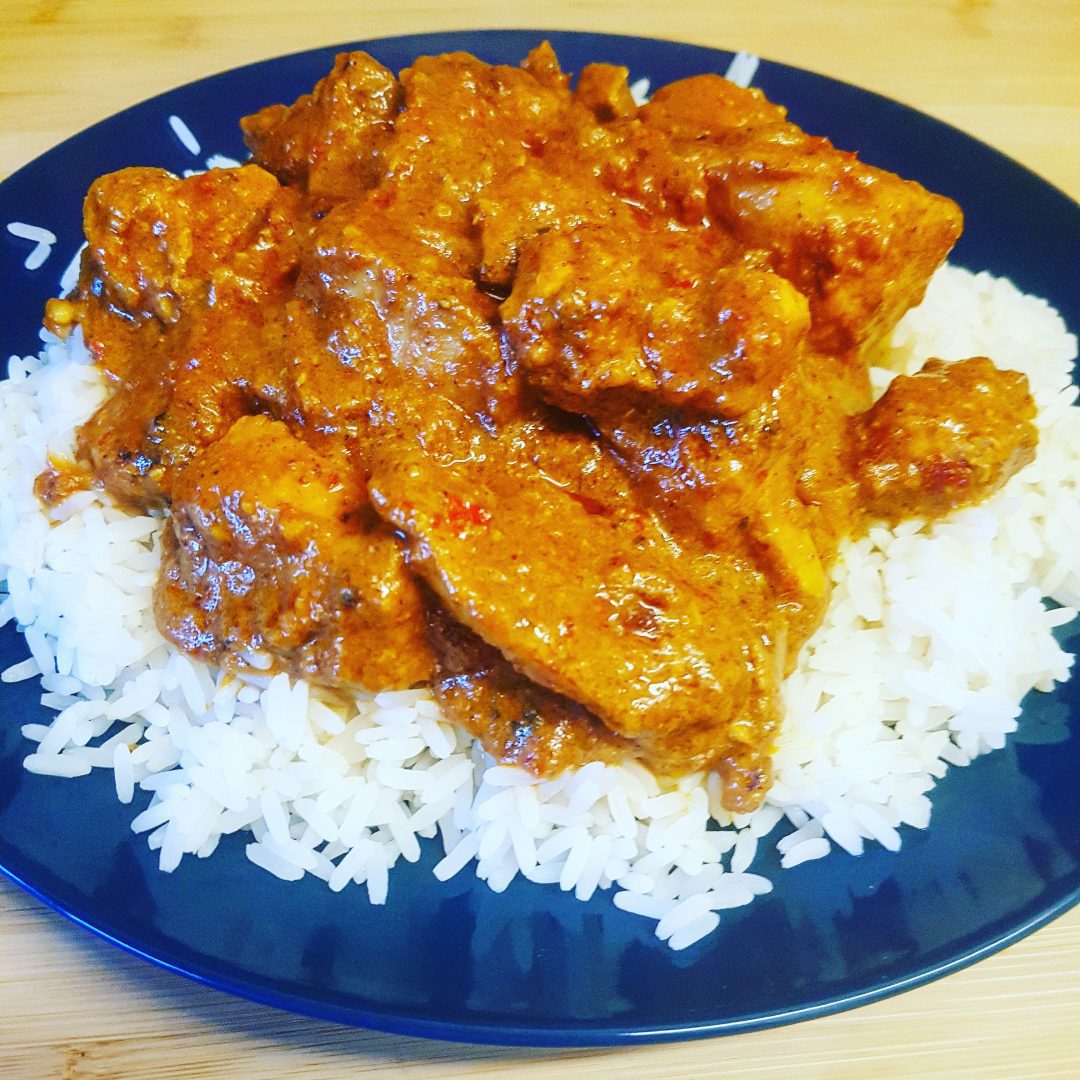 The origins of Chicken Tikka Masala has been debated time and time again – some say that it originated in the Punjab region of India, and some say it originated in a restaurant in Glasgow. But no matter where it originated from, there’s no disputing the fact that it’s one of the UK’s most popular dishes, whether it’s ordered in a restaurant or made at home, it’s eaten all over the UK every single day. But, as this is my website, I’m going to show you my version of Chicken Tikka Masala.

Well, you can make that 49 different recipes now with this one!

Chop the chicken into chunks, add to the yoghurt marinade, make sure all of the chicken is coated and then cover the bowl with cling film and leave to marinade in the fridge for at least 4 hours, but preferably for around 6 - 7 hours.

When you're ready to make your Chicken Tikka Masala, take the small onion, garlic, ginger, and red chillies and chop them all coarsely. Pop them into a food processor with the tomato puree and then blitz them up until they become a paste.

Take a large saucepan or frying pan with a lid, add the sunflower oil and place onto a medium-low heat and leave the oil to heat up for a couple of minutes.

Slice or dice the onion as is your preference, and add to the oil and leave to cook for a few minutes until they start to soften.

Add your curry paste, plus the ground coriander, cumin, chilli powder, and ground tumeric and cook in the pan for another few minutes, and then shift the onions over to the side of the pan away from the heat.

Once the chicken has developed that charring, add the milk to the remaining marinade to loosen it up a little, and then add the marinade to the pan with the chicken and spiced onions. stir it in and then cook for a further 3 - 4 minutes.

Add the tin of chopped tomatoes and coconut milk to the pan, and bring up to a gentle simmer, place the lid on, turn the heat down to medium-low and leave to simmer away for 25 minutes.

After 25 minutes, remove the lid and turn the heat up to medium-high again and then cook for a further 10 minutes, stirring often, to allow the sauce to reduce and thicken.

Serve with rice, your choice of sides, and a lovely cold beer!