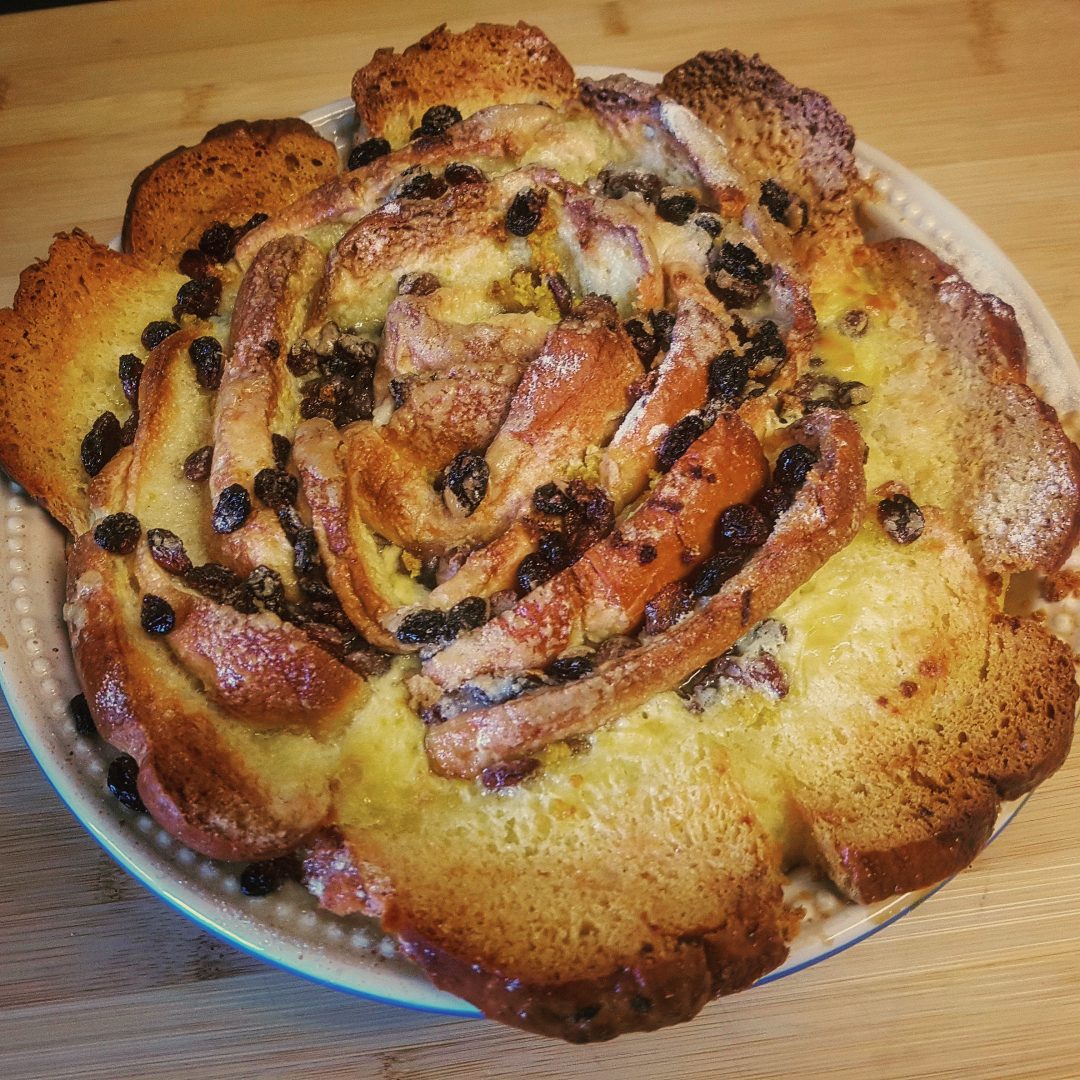 It doesn’t happen very often, but every now and again I’ll have leftover Brioche when I make a loaf of it. I know, I know, I’m disgusted with myself too. It is a rare occurrence but it’s been known to happen.

But, even if you have Brioche that’s leftover, it will never go to waste because it makes for an amazing Bread and Butter Pudding even if it’s slightly stale. In fact, it’s when it’s slightly stale that it makes for the best Bread and Butter Pudding because it’ll soak up even more of the custard. The best part of it is that it’s such a simple recipe as well, and because it’s brioche it’s already loaded with butter so it’s extra rich and indulgent.

Of course, if you don’t have brioche you can just as easily make this with regular butter – I would just up the amount of butter you use by at least half.

Slice your brioche and layer it into a approximately 2½ pint/1½ litre ovenproof dish. I used a round one, but a rectangular one will probably fit the bread better. Make sure that each new slice of bread is overlapping the last one.

Melt the butter - either in a pan or a microwave, just be careful of the butter spitting in the microwave so melt it in short bursts of 5 seconds - and drizzle it all over the slices of bread. It doesn't have to coat every inch of the bread, just make sure it's pretty even.

Scatter the sultanas over the slices of bread, and then zest the orange and sprinkle it all over.

Grab a large mixing bowl, and add the cream, milk, sugar, vanilla extract, and then crack in both eggs and whisk very thoroughly to make the custard.

Sprinkle the demerara sugar all over the top of the bread, then place in the oven for about 35 minutes or until the Bread and Butter Pudding is a lovely golden brown. Serve hot with cream, ice cream or just by itself!